Next week we’ll be screening two films here at our very own Cooke’s Cinema! It’s going to be a fantastic week of film that will have us all on the edge of our seat, with great additional supplements that will give you extra film screenings and Q&As at an incredibly low price. Refreshments are available and there’s a bar at every showing, so pop in, pick up a pint and perch on your seat.

THIS TUESDAY…. As a new addition to our film listing we are very excited to screen ‘Schindler’s List’ which will mark the National Holocaust Memorial Day on Tues 27th January at 7pm. ‘Schindler’s List’ is a beautifully shot film allowing the audience to see the realisation of the Nazi persecution through new and fresh eyes. It’s arguably Liam Neeson’s performance of  a lifetime in this multi academy-award winning film.

Cooke’s Cinema screenings are £2.50 for admission/booking is advised – please call 01229 838592 or email rachel@signalfilmandmedia.co.uk 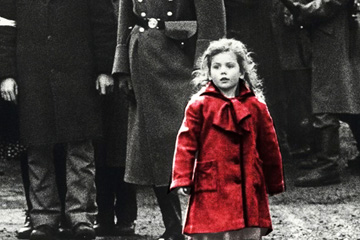 Bar with refreshments will be available 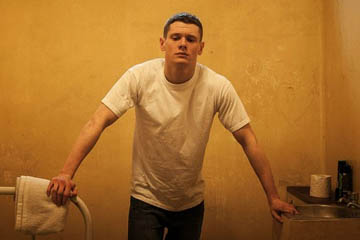 With a Q&A on low budget filmmaking with filmmaker Ed Evers-Swindell, writer and director of recent upcoming feature ‘Dark Signal’, executive produced by Neil Marshall director of Game of Thrones, The Descent and Dog Soldiers.

19-year-old Eric, arrogant and ultra-violet, is prematurely transferred to the same adult prison facility as his estranged father and their already volatile relationship is pushed past breaking point. Written by prison system therapist Jonathan Asser, Starred Up is a merciless, uncompromising portrayal of a dehumanising life behind bars and one of the most accomplished, powerful British films in recent memory. As father and son, Ben Mendelsohn and Jack O’Connell give extraordinary performances in this bold, raw and riveting film (that is not for the squeamish). ||FLYER||

Part of our British and Beyond programme.

Bar with refreshments will be available