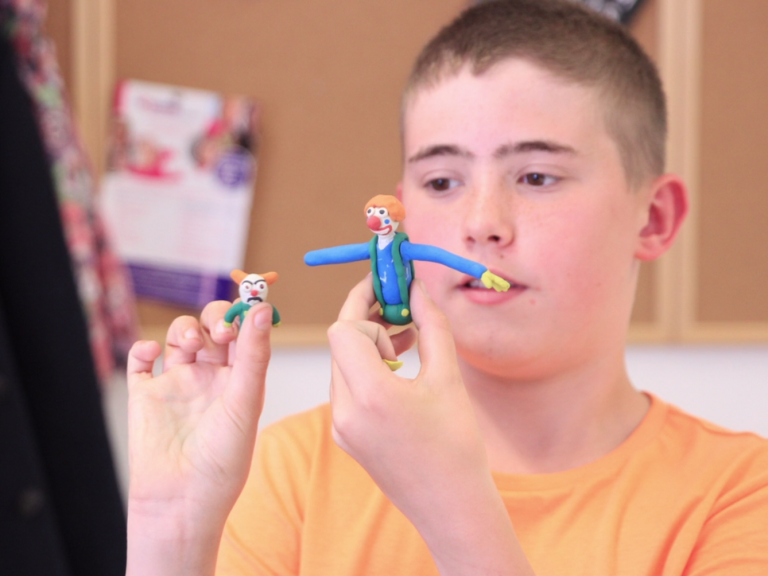 WE’RE DELIGHTED TO SHOUT OUT ABOUT THE ARRIVAL OF A NEW FILM FESTIVAL AWARD! THE LOST ROAR – CREATED BY OUR SIGNAL STARTERS FILMMAKING CLUB IN DECEMBER 2016 – HAS JUST WON THE CLAPPERBOARD FOR BEST CHILDREN’S FILM IN INTERNATIONAL SECTION AT THE ZOOM.12 FILM FESTIVAL IN SLOVENIA!

Stop-motion animation THE LOST ROAR was selected from over 3,060 entries into ZOOM.12 in Ljubljana, Slovenia – an International film festival (running for it’s 12th year) for children and youths under the age of 19 – was screened as part of a programme of 456 films on 21-23rd March 2018. The Lost Roar, which was one of only 2 entries accepted from the UK, then went on to win one of only two international categories available and be listed as “a significant part of the festival”.

“There is always a wide range of children’s animations at ZOOM, and this year was no exception. The British animation,The Lost Roar, a group effort led by (Signal’s) filmmaker Karen Bird, stood out among the tough international competition. Colourful characters gently flow from shot to shot and the vivid backgrounds are drawn with an immense feeling for beauty. However, the film is not exceptional solely because of its artistic flare: equal weight must be given to the story, which won the committee over with its simple, yet vocal message.”

The Lost Roar was created by the Signal Starters cohort of August 2016 as part of it’s ‘Film-in-a-Week’ filmmaking club for 8-11yr olds and was funded by Children in Need. It tells the story of a young circus lion who is teased for not being able to roar, until he finds his inner power when a scary visitor comes to town.

BEST OF THREE was also selected for screening at the Cinemì Cinemà International Short Film Festival in Tuscany, Italy in March along with the film produced by the previous year’s BFI Academy cohort: INSIDE (2016-17).

THE DAY BEFORE CHRISTMAS – a stop-motion short created by the Signal Starters cohort of December 2016 – which was also selected for screening at the Osprey’s this year, will also be screened at the VAFI & RAFI International Children and Youth Animation Film Festival in Croatia at the end of May 2018.

The Tide and the Town