Our BFI Film Academy film ‘DRIVEN’ (2014) HAS BEEN OFFICIALLY SELECTED TO BE SCREENED AT GRIMMFEST on 1st October in Manchester as part of their “Northern Showcase”.

Grimmfest is listed as one of the top 40 genre film festivals internationally! We’re really excited to have one of our 16-19s professional training films to be showcased at such an awesome festival, join Signal as they sit on a talk panel about the film by attending.. and get your tickets now .Click here

or….
TO make sure that you’re getting the chance to be part of our next cohort of young filmmakers with film festival success APPY FOR OUR NEXT BFI Film Academy starting in October: Click here 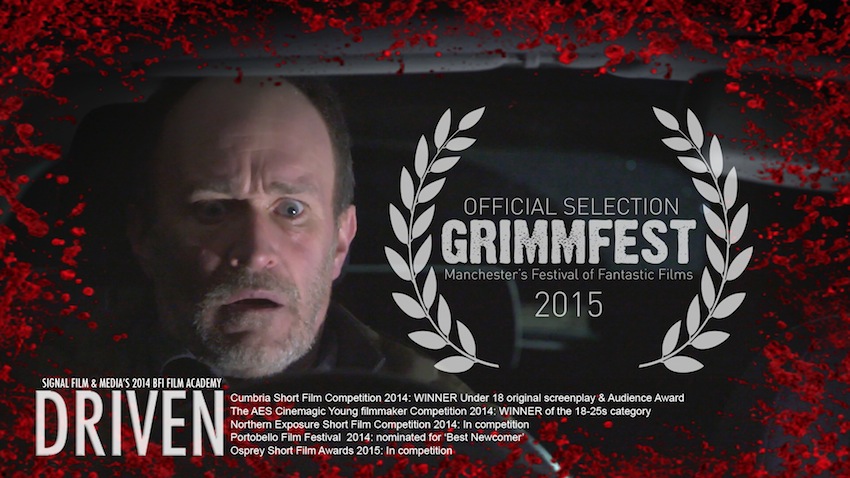