The 18 budding young filmmakers from across Barrow and Cumbria have been working hard during the national BFI Film Academy, taking part in training covering every film industry role from writing and directing through to production, sound design, editing and camera. The young people went on to write, direct, edit and produce their own short film working with film industry mentors and a professional actor.

The participants are now inviting the public to come along to the Barrow premiere of their short film, Driven, which they’ve paired up with Stanley Kubrick’s cult horror masterpiece The Shining.

Driven – 6 mins – A dark, eerie thriller in which a man’s Sat Nav begins to take over his destiny. Introduced by young filmmakers

The Shining – 120 mins – A classic Jack Nicholson performance and charts a caretaker’s diminishing grip on sanity after he moves his wife and son to a remote hotel for the winter season. 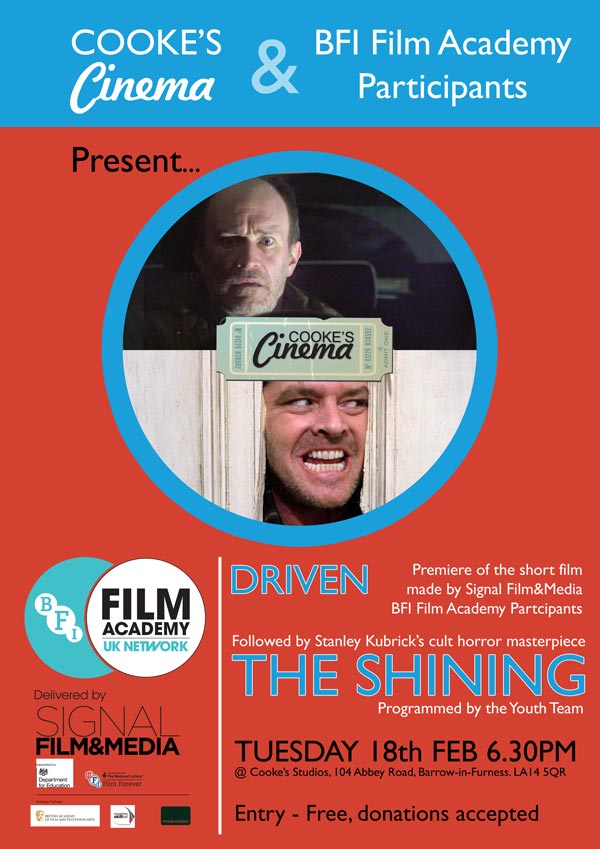 Get Digital – If England