We’re really proud of Michael who has been selected for a place on the prestigious BFI Film Academy animation residential taking place in February at Calling the Shots in Bristol, a city famously home to animation giants and Wallace and Gromit creators Aardman.

Michael has taken part in many projects over the last few years at Signal. He showed his enthusiasm and talent for animation during a taster day with visiting artist Sam Meech in 2013, creating animated sequences using stop motion, pixelation, 2d and 3d methods.

He also became interested in other areas of filmmaking and demonstrated skills in lots of other areas too including camera work, editing and horror make-up!

We were delighted when he gained a place on our BFI Film Academy where he went on to become a member of the crew that wrote, shot and edited short film, Driven, which went on to screen at festivals all over the country picking up several awards including winner of the 18-25s category at The AES Cinemagic Young filmmaker Competition, Queen’s Film Theatre, Belfast, November 2014.

It was during this project that Michael discovered a real talent for directing and worked with industry director mentor Matt Palmer to understand the process of directing actors for drama.

He said after picking up the award for winner of the under 18 original screenplay category and winner of the audience award at Cumbria Short Film Competition: “I’m really excited & pleased to receive this award, it’s really encouraging to see our work being recognised & we are grateful for the opportunity given to us by the BFI & by Signal Film and Media, who have coached and mentored us throughout the whole process.”

Michael has developed in confidence over the time we’ve known him and we’re delighted to see him returning to his passion for animation and his enormous success gaining a place on the residential in Bristol. We can’t wait to hear what he’s got up to. 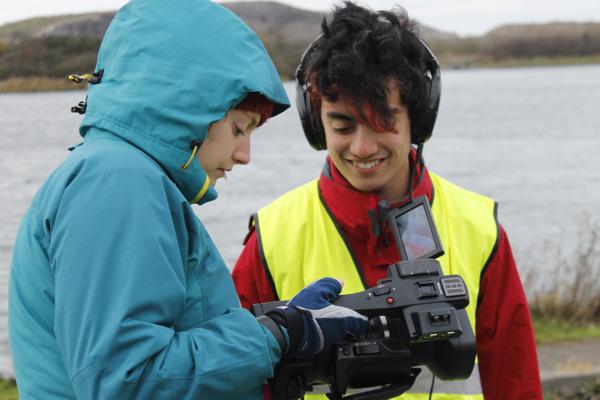 Michael is going to be going on to start a Level 3 course in animation at Carlisle College and we wish him the best of luck for the future!