Last Thursday 27th August saw a 70’s beach party atmosphere here at Signal Cinema with the hoards turning up in super costumes and metallic sky blue Mustangs! A special summer screening of the 1975 blockbuster ‘Jaws’ was programmed for the end of the season which coincided with the 40th anniversary of it’s release!  Initially the committee were a little stuck as to what to show for the slot and many classic films were suggested but they then decided to put the vote to the audience. After a period of passing voting slips around at screenings, on facebook and in person, the votes came in, Jaws was the number one choice! Beating ‘The Blues Brother’s’, ‘Pulp Fiction’ and ‘The Godfather’ among many others! 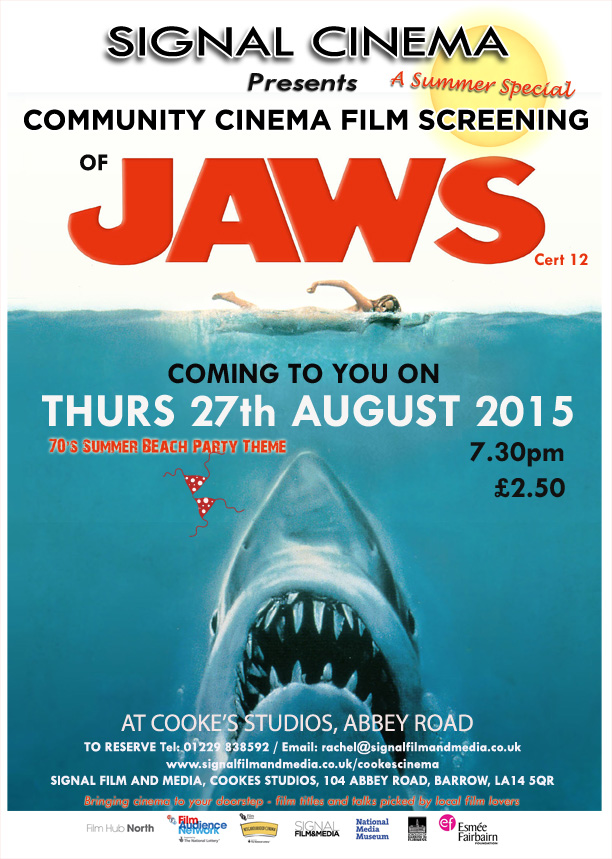 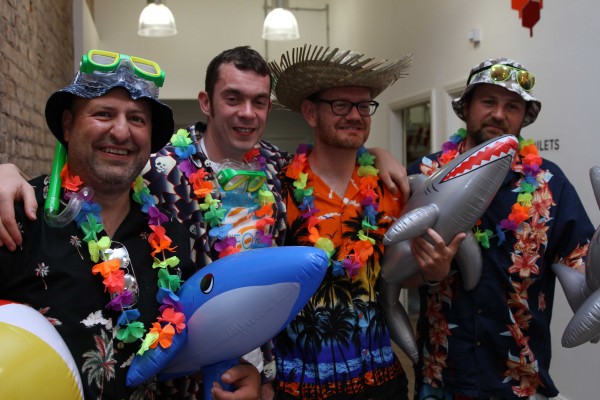 Going with the summer blockbuster theme saw the committee and volunteers get to work making props and scenery for the occasion. The surf bar had a tropical feel with a driftwood clad bar, surfboards and a special a non alcoholic ‘Shark Bite’ cocktail for all! Inside a pop up Jaws figure played the part of a photo booth for audience members to pose and take photos.  The response to the event was amazing, we sold out weeks before the screening date and had a waiting list of many! 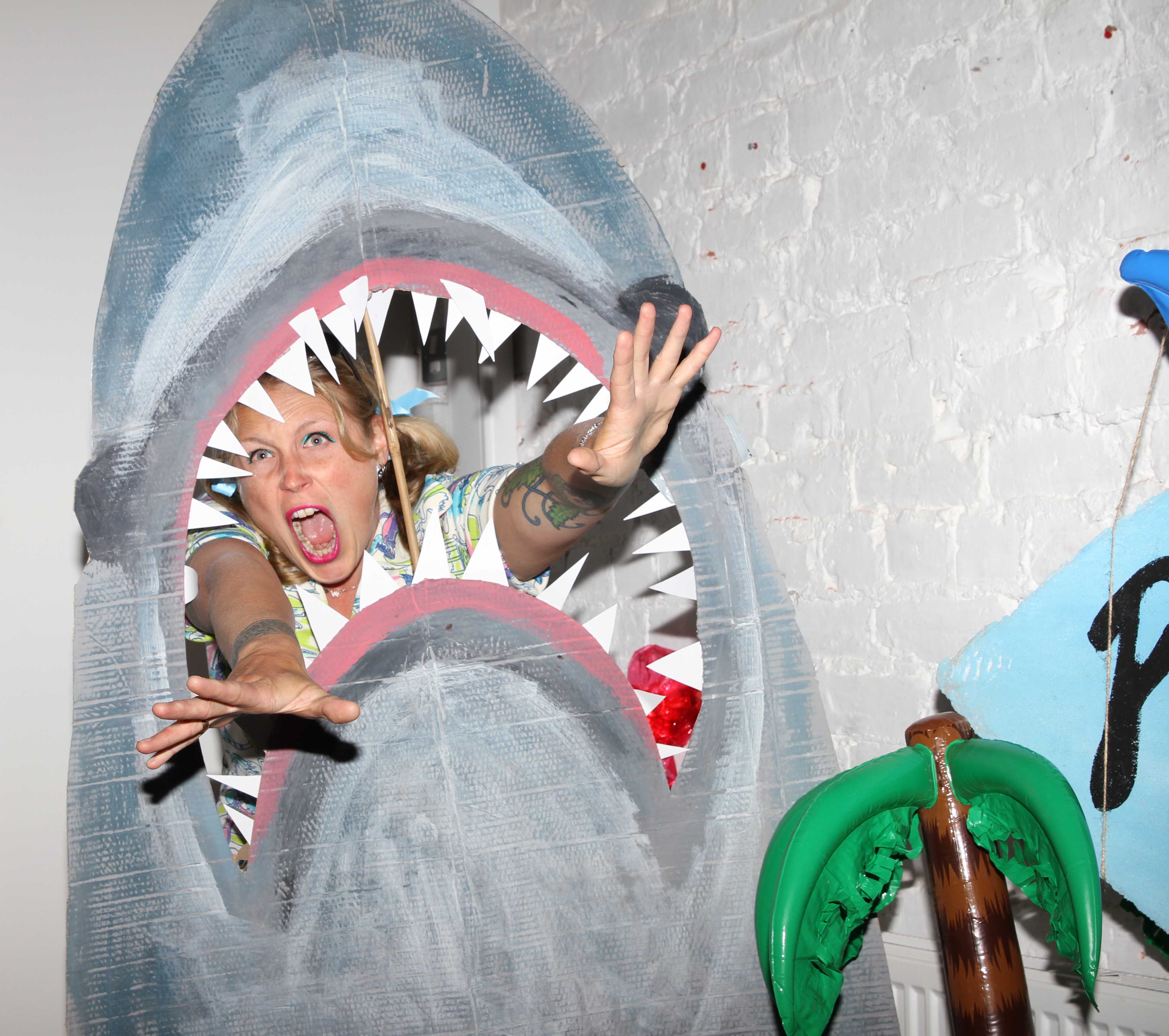 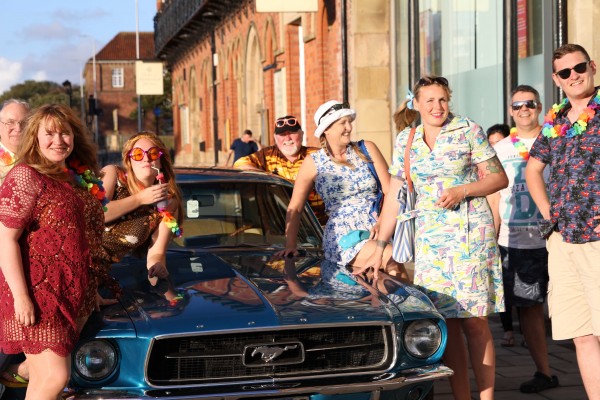 The positive feedback from the event has encouraged the committee to consider looking at other themed events for the future! if you would like to be part of the committee or volunteer for Signal Cinema then contact rachel@signalfilmandmedia.co.uk.

The event provided a platform for the launch of the new Autumn/Winter programme for the cinema with listings now twice monthly up until February 2016. To see further information about the films coming up click here.