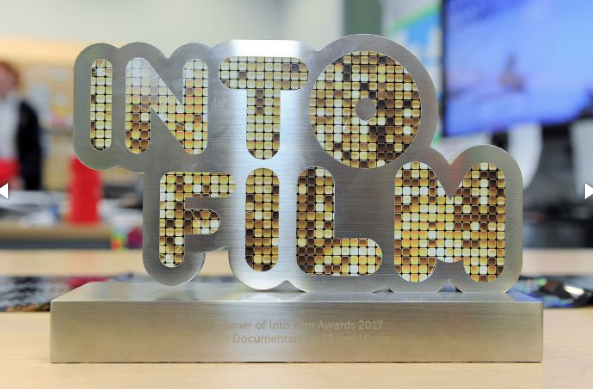 AN ANIMATION about a lost railway station made by youngsters from Barrow-in-Furness has clocked up over 38,000 views online after winning a national film award and featuring on BBC Radio 4’s Facebook page.

The Heritage Lottery funded short, made by pupils from Barrow Island Primary School with charity Signal Film and Media, clinched the title of ‘Best Documentary 12 and Under’ at the Into Film Awards ceremony held in Leicester Square, London on Tuesday (14th March). A party of pupils and teachers from the school headed down to the special event, where they met celebrities including Daniel Craig and Eddie Redmayne.

The children worked with oral history recordings which collected the memories of local residents who remembered travelling on the railway line which connected the Island to the rest of the town and beyond between 1899 and 1967. The line was built by Furness Railway and is an important part of Barrow’s history. Signal Film and Media were funded by HLF to create the work as part of a series of workshops for local people to explore the historical subject, using film and media as a tool to widen interest in the town’s heritage.

Signal Film and Media Co-Director Loren Slater said: “The film combines the voices of elderly residents with the children’s words, and modern and historical footage of the Island with stop-frame animation drawn by pupils. This mixture worked really well – you can see how tracing the history captured the filmmaker’s imaginations. They came up with a compelling piece that audiences are responding to because it’s not only entertaining and charming, it’s also educational.”

The film can be viewed online at https://www.intofilm.org/news-and-views/articles/the-lost-station-awards-winner