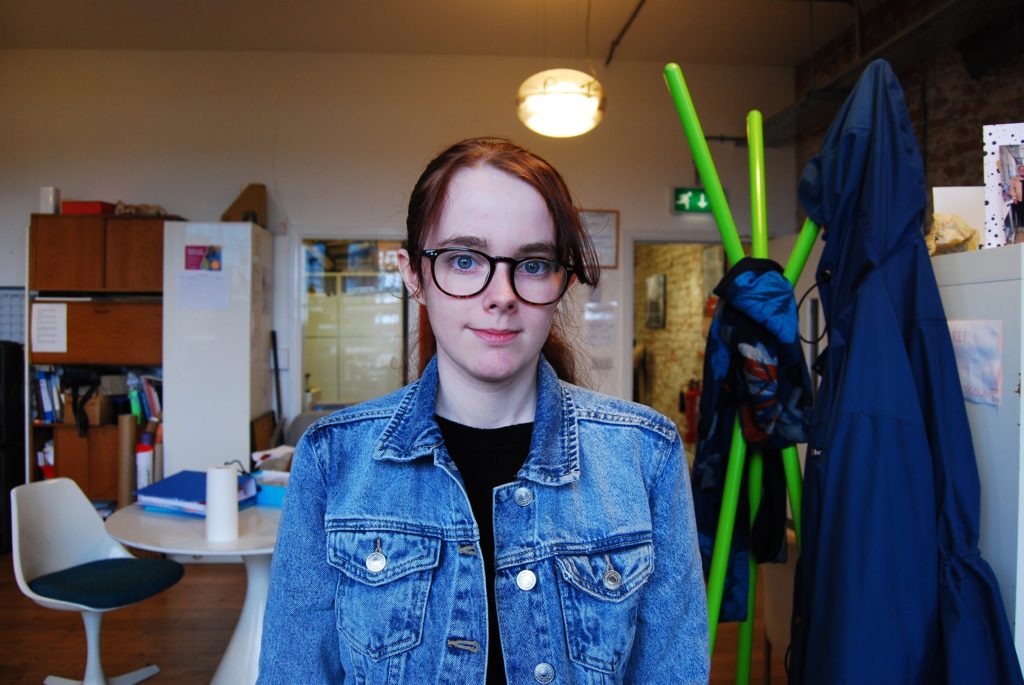 “The main reason that I decided to choose Signal Films for my work experience was because the media GCSE is my favourite one that I’m studying and I enjoy media a lot.”

My name is Jessica Kirby and I’m 15. At the moment, I am studying media, drama and art at Furness Academy. I usually enjoy acting, drawing and also maths most of the time. The main reason that I decided to choose Signal Film and Media for my work experience was because the media GCSE is my favourite one that I’m studying and I enjoy media a lot. I wanted to get a much better understanding in the media industry as my teacher suggested that I should work with media. I thought this would be the best option as I had been here previously and I enjoyed my time.

The week started with a brief introduction and tour around the building. Later, this was followed by watching a few videos of different short films and then the BTS (behind the scenes) from some of them. This helped me gain a little more knowledge on the world of work in media and also how much people have to go through in the development process. I also had to go and do some audio recordings for Into Film. I helped with the recording and also the voice overs which allowed me to have a try with some of the sound recording kit. My first day confused me a lot.

On the second day, I organised the statistics of some newspaper articles into different categories within a file which all linked to social issues. Then I started to explore the social media pages from the company. The second day seemed to be much more enjoyable than my first.

This day was shorter than all my other days as it ended at 12 so I mainly did a draft for 2 social media posts, one for Facebook and one for Twitter. Day 3 was one of my personal favourites as I learnt a lot more about scheduling. I also got to take home a camera so I could take pictures and try out a Nikon D60 for the first time.

Day 4 was the most relaxed day as I had to use Adobe Photoshop. I was new to this so the majority of my day was taken up by watching tutorials on how to use the system to edit pictures. I applied some of these new skills by editing the photos which I took from day 3. Personally, I believe that day 4 was one of the nicest days for working.

My final day was spent by learning how to design a WordPress page on Signal Film and Media’s website for so I could post this blog about how my work experience went. This caused me to be slightly unsure at first but I later got the hang of it.

Overall, I’ve really enjoyed my work experience and I would definitely come back to Signal Film and Media again in order to do more projects. My favourite parts were learning how to use a Mac as this was my first time and also taking the camera home to figure out how to use it as a more independent task. I also enjoyed the feeling of relaxation by putting earphones in and listening to music. Thank you for such a great time this week and I’m excited to see what the future holds.

Below are some of the photos I took which allowed me to experiment with perspective and focus throughout day 3.