FURNESS and SOUTH CUMBRIA children in care are being given cameras to record their experiences and thoughts as part of an innovative new project.

We’ve launched our new #NotWithoutMe initiative, which will see looked after young people tell the world about their needs and the challenges they face through film. The scheme will equip them with video recording, editing and script writing skills through workshops so they have the skills to express their feelings. What the children produce is entirely up to them – it could be a documentary on the issues they face, a short drama film or a series of vlogs.

Funding award: The project is mainly funded by CarnegieUK Trust and we also received the backing of the Barrow Community Trust, a branch of Cumbria Community Foundation, which has granted organisers £5,000 to run the workshops and offer expert tuition. The money was made possible through contributions from Fryer Grassroots Grants and the Cumbria Young People’s Fund. John Dennis, committee member of Barrow Community Trust, said: “We are very pleased to help Signal Media and Film, who do such magnificent work in our local area.This grant towards their Not Without Me project will make a valuable contribution towards the reduction of feeling of isolation among these young people.”

Other partners: The project is mainly aimed at looked after teenagers and young adults who are making the transition from care to independent living. Specialist local youth providers Brathay Trust and Project John have helped identify those who could benefit from the work.

If you know any looked after teenagers or young adults who are making the transition from care to independent living then contact Steph@signalfilmandmedia.co.uk or call 01229 838592 to get involved in this project. 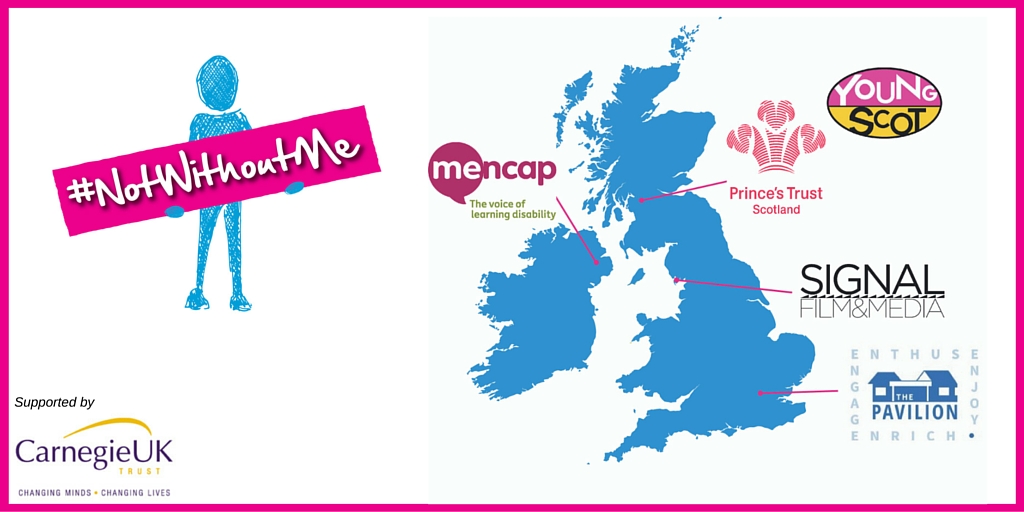 Check out some of our tweets along the way. There will be a blog to come!

Watching films in our #notwithoutme workshop. Creating films with youngsters regarding their #digitalinclusion needs pic.twitter.com/FooB1HFECc

Getting inspired in our #notwithoutme workshop. Making a film telling the adults the importance of Internet safety pic.twitter.com/xDxy4O8OB3

Our special edition #notwithoutme statue has arrived, ready for our youth workshops working with youngsters in care pic.twitter.com/s7NLYAjKkO