After months of research, community workshops, and hard work, Lost Journey’s of the Furness Railway will be displayed through photography, animation, and film at a FREE exhibition at Cooke’s Studios, Signal’s ground floor event space, and next door at 102 Abbey Road.

The exhibition is suitable for all ages and opens on Friday 24 and Saturday 25 June at Cooke’s Studios on Abbey Road, Barrow. The public is invited to view the display between 1pm and 6pm on both days.

It is a culmination of a project funded by the Heritage Lottery Fund, and coordinated by Signal Film and Media. Local volunteers came on board to explore the important role that the Furness Railway played in Barrow’s thriving industrial past and find out how it is remembered today.

There were once 100’s of miles of track in Barrow and numerous train stations along the Furness line that no longer exist, by 1970 so many stations were ‘lost’ to the local community.

Local residents in Barrow and surrounding areas took part in a photography course during Feb and March led by artist Caroline Douglas. Participants had a taster into to digital photography and analogue photography, along with an introduction to Adobe Photoshop editing, and black and white medium format film developing and printing in a darkroom. Using Furness Railway memorabilia as inspiration, and models wearing original FR uniforms, the group experimented with portrait photography.

“During the project we visited the quiet village of Broughton to retrace the line of one of the lost stations. Armed with a variety of DSLR cameras, we set off down the footpath, which until 1958, housed part of the Coniston to Furness railway line. Standing at the junction of Market Street and the footpath it was difficult to imagine heavy freight trains whistling through here during the 1800’s”

The work on display will be split across two spaces at Cooke’s Studios. 104 Abbey Road’s ground floor event space will host a gallery of the original works inspired by the Furness Railway, along with archive photography courtesy of the Cumbrian Railway Archive. 102 Abbey Road’s derelict ground floor space will house an special installation room featuring sounds and sights and memorabilia from Furness Railway that have been kindly loaned to the exhibition. Volunteer and curator, Phil Northcott said:

“This installation hopefully suggests a bygone age, drawing on first-hand memories and experiences. But also plays with ideas of ‘perceived memory’ and the deliberate misinterpretation of nostalgia”.

Screenings of two short films made by Signal during the project will be shown in the 60-seat cinema room; “The Lost Station” is a short animation made by Year 5 pupils at Barrow Island Primary School, and tells the story of Island Road station. Pupils put their oral history training into practice by interviewing and recording residents memories of how the train line featured in their lives in the days when it was the primary mode of transport and when industry was thriving. The class learnt stop motion animation under the guidance of artist Sheryl Jenkins, as well as a field trip to Grange over Sands to collect photos and sound effects.

“I’m really chuffed with how the project has come to together after so much hard work and dedication from our volunteers. The whole exhibition is based on the rich heritage of Barrow and the Furness Peninsula and we hope that the work on display will evoke a sense of pride in the community. As well as interesting pieces of memorabilia and archive material on display, there is also an educational element to the exhibition that we hope everyone will enjoy”

Following opening weekend, the exhibition will continue from 27 June to 8 July, on Mondays, Wednesdays and Friday’s 1pm-6pm, and then appointment to view from 11 July to 22 July. For more information please email info@signalfilmandmedia.co.uk or telephone 01229 838592 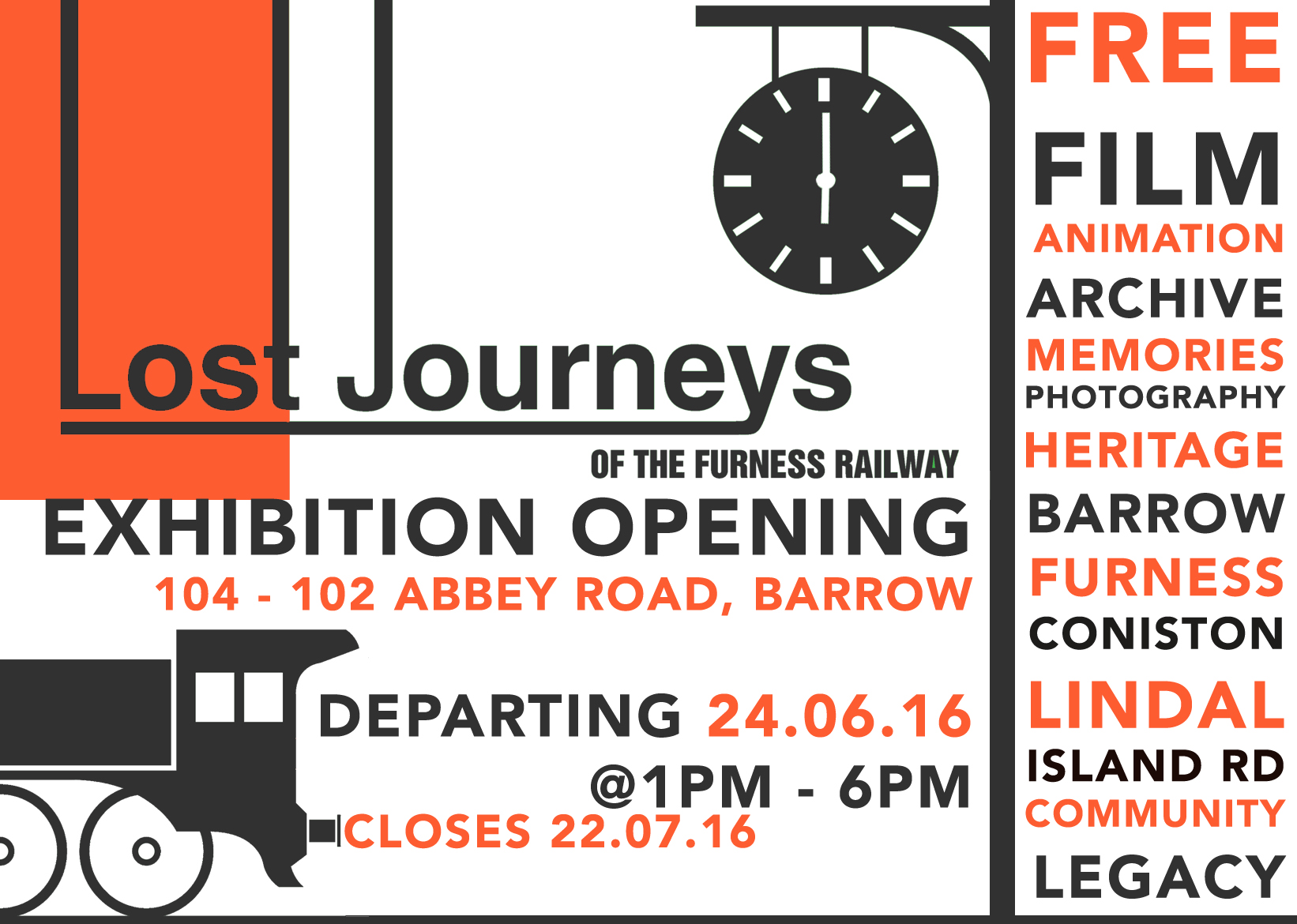 IN DEFENCE OF INDUSTRY: A LOST STATIONS EXHIBITION