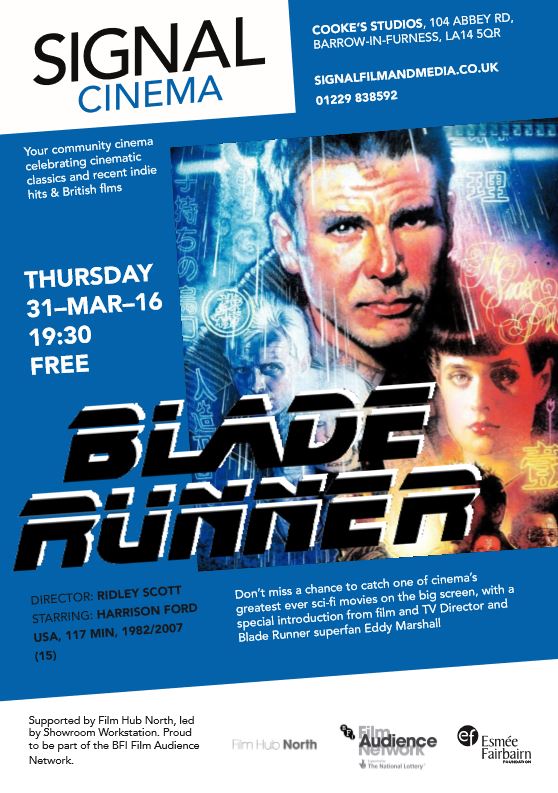 Signal Cinema kicks off its Spring/Summer film season with a this free screening open to all aged 15 and over, to claim your free seat booking is advised via www.signalfilmandmedia.co.uk/signalcinema.

The event will be introduced by local film and TV director Eddy Marshall, who became a lifelong fan after seeing Blade Runner for the first time at Dukes Cinema in Lancaster in 1983. He says:

“While it’s still an amazing film for reasons I’ll explain before the screening, it’s hard to underestimate the impact Blade Runner had in the early Eighties. It redefined science fiction movies entirely – there’s a definite ‘before’ and ‘after’ Blade Runner. Along with Terry Gilliam’s Brazil, it really set the look of a lot of Eighties film and advertising. However, what’s even more fascinating is what the film’s actually about … but you’ll have to come along to hear about that”.

Further twice-monthly screenings are priced at an insanely low cost of £2 thanks to funding from Film Hub North and the BFI Audience Network fund.

Help us win funding for Women’s Enterprise in Barrow