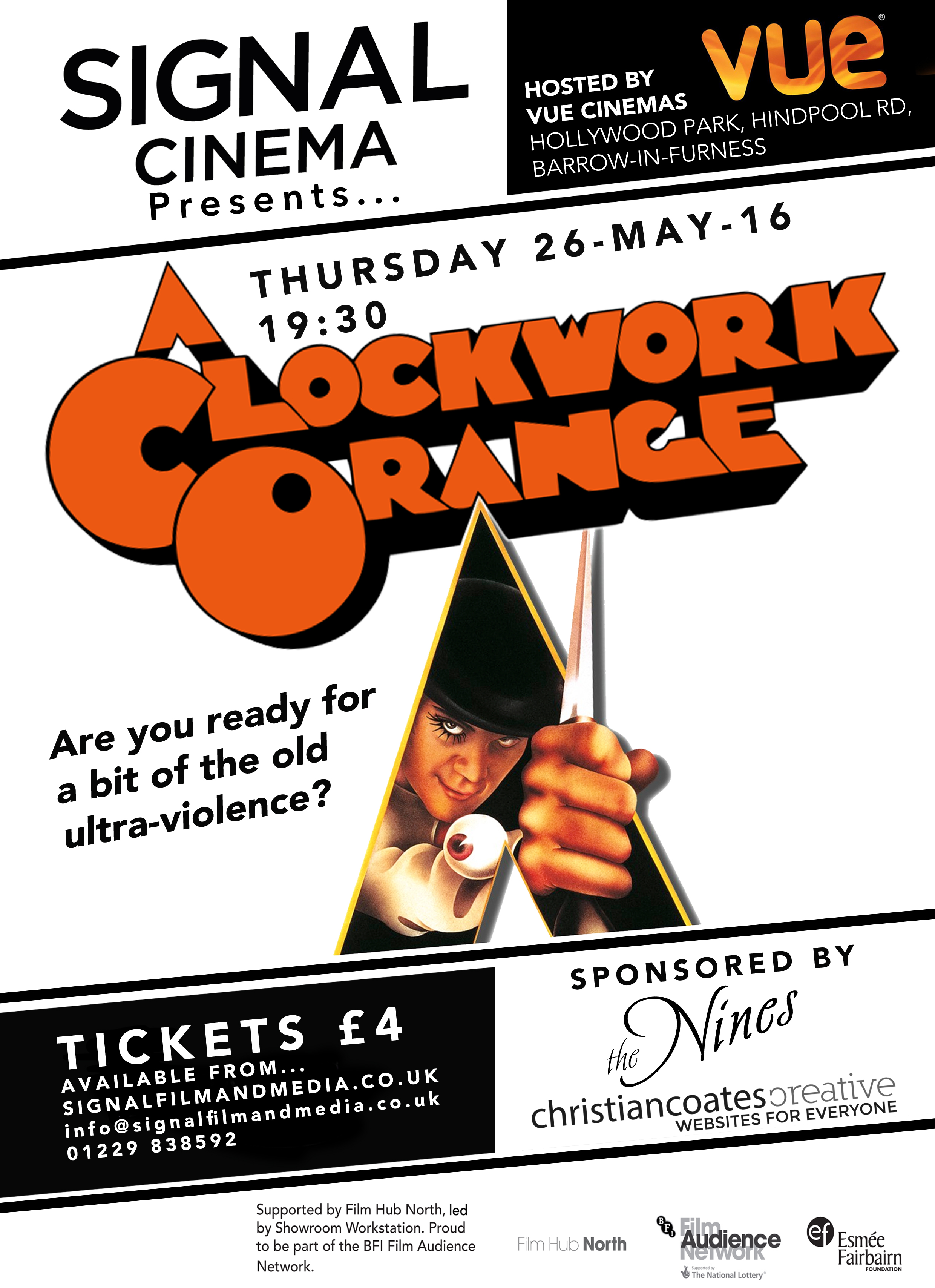 Voted for by Barrow film fans, we bring you this genuine cult classic from one of cinema’s true visionaries. We are re proud to bring this special one-off screening to Vue Cinemas in Barrow.

This is truly a rare chance to see Kubrick’s breathtaking masterpiece about a violent classical music loving delinquent teenager. Set in a futuristic London, Alex (Malcolm McDowell) and his “Droogs” spend their nights getting high at the Korova Milkbar before embarking on “a bit of the ol’ ultraviolence”. After he’s jailed for bludgeoning the Cat Lady to death, Alex submits to experimental aversion therapy to earn his freedom.

Breathtaking, operatic, psychedelic and viciously funny, A Clockwork Orange was meant for the big screen and should not be missed.

1) Tickets are NOT available in advance from Vue Cinema.

2) You CAN buy tickets directly from Signal Film & Media, Cooke’s Studios 104 Abbey Road, Barrow (Between 9.30am – 6pm mon-fri). There will no booking fee this way.

3) Signal Film & Media are a registered charity and this is a non profit event. Thanks to the kind support of our funders we are able keep ticket prices well below the average mainstream cinemas.