Last week we hosted a workshop delivered by spatial sound specialists, Hear Th↓s Space and organised by local sound artists, the Octopus Collective. The group participated in a “sound-walk”, beginning at the Cooke’s Studios building and concluding at the Dock Museum, with participants listening to and recording the ambient sounds they experienced on the way.

Also demonstrated were pieces of sound art, composed by the workshop tutors and performed through a 8 speaker surround installation. Hear Th↓s Space and the Octopus Collective will be returning to Cooke’s Studios later in the year for a series of performances by the tutors and participants, composed out of the sounds recorded in the workshop.

Jordan Mcloughlin, Creative Apprentice for Signal Film and Media said: “Assisting with the workshop was an incredibly inspiring and eye-opening experience and it has definitely motivated me to get back into field recording and produce my own soundscapes.” 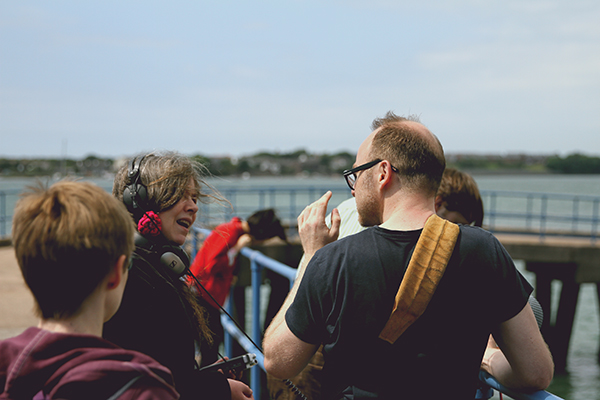 Signal Day Out: A Visit to Digital artist RACHEL MACLEAN

‘The German Who Came to Tea’ Wins ‘Best Short’